KR was founded in 1970 by tool maker Kell Rasmussen. He started up in Lystrup with the production of steel furniture as a specialty and quickly became known for his good quality and strong surface treatment.

On request from the market, production in 1974 was converted to design and production of health equipment and the factory moved to Mågevej 16 in Hadsten, north of Aarhus. It was a change that Kell Rasmussen fell very naturally. The idea of helping sick people with special needs addressed him and became a pure driving force. A driving force and spirit that has followed KR ever since.

Kell had the heart in everything and could never say no to a task. His dedicated efforts made him always at the factory. Neither himself nor the employees looked at the clock if a sick person needed a special bed in a hurry. He also drove himself to the distant ones, to personally deliver and set a bed to fit the customer.

”Our beds should also blame the eye. A private home with a sick person should not look like a hospital. Therefore, we produce beds similar to normal beds, but which can be adjusted and raised as needed”. Kell Rasmussen, Founder. 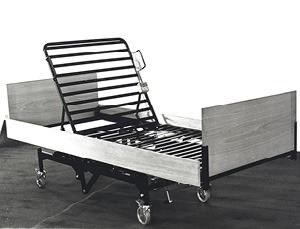 An early prototype of a nursing bed.

Over the years, Kell was repeatedly honored for his great efforts in the social and healthcare sector and to develop beneficial products for the sick, the staff and the community. In 1991 he was honored with Danish Industry’s “Danish Work’s Rose” and again in 1993 when he won the Patent Directorate’s Patent Prize for the invention of “A Crib with Adjustable Sections”.

If you visit the factory in Hadsten today, history pours off of it. Since 1975, there has been continuous construction as bed production has increased to both the Danish and foreign markets. Kell got through his time opened up for sale to both Germany, Norway, Sweden and the Netherlands.

Due to health challenges, Kell had to leave his life in 1993 to his biggest customer – the Norwegian company Varodd.

FACT: Varodd is one of Norway’s largest rehabilitation companies for both the public and private sectors. The majority is currently owned by a number of Norwegian municipalities.

Engineer Jens Egon Bay was appointed as new CEO and continued the company with the same dedicated spirit. Jens focused on user needs and requirements for the future healthcare sector. In 2008 he joined KR as an active party and held in public-private cooperation “The Intelligent Hospital Bed of the Future” . The goal was to create an innovative bed that could challenge and optimize workflows in and around the care and make patients more self-reliant. Through wide research and involvement of both, patients, carers and other relevant professional groups, KR in 2014 could present the new innovative and functional hospital bed OPUS 5. A bed that also proved to make a significant difference in the entire care sector. 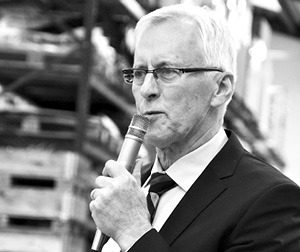 After 20 years of operation of KR, Jens chose Jens to retire in 2013, after which the relay was briefly left to Klaus Brock.

“Our main task is to continuously develop our hospital and nursing beds with users to make them even better and more user-friendly. Not only for the sick, but also for the carers and the community “. Liv-Janne Fiksdal Hansen. 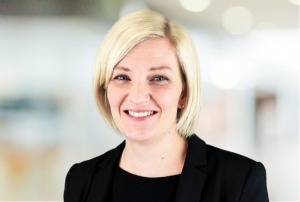 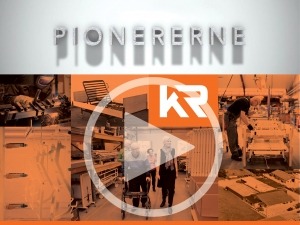 KR in the program series on TV2 Østjylland

KR was in August 2017 in the program series "PIONERS" on TV2 East Jutland. See and feel the wings of history when 3 generations of KR directors meet and staff from the house tell their stories spicy with little anecdotes. Also follow the tour around the house - from the raw steel coming in until the finished beds are ready.

This website uses cookies to improve your experience while you navigate through the website. Out of these, the cookies that are categorized as necessary are stored on your browser as they are essential for the working of basic functionalities of the website. We also use third-party cookies that help us analyze and understand how you use this website. These cookies will be stored in your browser only with your consent. You also have the option to opt-out of these cookies. But opting out of some of these cookies may affect your browsing experience.
Necessary Always Enabled

Any cookies that may not be particularly necessary for the website to function and is used specifically to collect user personal data via analytics, ads, other embedded contents are termed as non-necessary cookies. It is mandatory to procure user consent prior to running these cookies on your website.